Murder on the Trans-Siberian Express 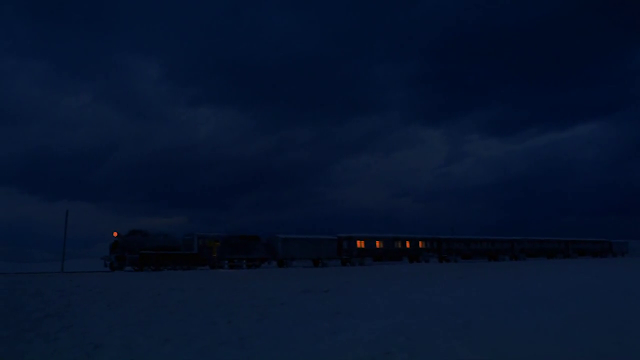 Considering how much of a washout the majority of  last month's film were, it was an utmost necessity for this blog to seek out the comfort blanket of the safe and familiar. Eugenio Martin's 1972 Spanish monster romp, Horror Express is the cinematic equivalent of chicken soup for the soul; or sopa de pollo for the sake of the inclined.

Loosely based on Joseph Campbell's 1938 science fiction novella, Who Goes There? Horror Express shares common DNA with both Christian Nyby's The Thing From Another World (1951) and John Carpenter's remake, The Thing (1982). Actually, both Martin and Carpenter's films are much closer to the creature's literal depicition in certain respects. Christopher Lee's paleontologist character, with the bad ass name of Alexander Saxton, discovers the frozen remains of what's presumably the missing link. It's being transported in a crate, en route to Moscow via the Trans-Siberian Express. Things don't exactly go smoothly however, as while at the train station a thief attempting to rob the crate winds up dead on the platform with hemorrhaged blood exiting his orifices (ooh, er missus!) and his eyes missing  pupils. The body count escalates even further once the train departs to Moscow. Hilariously, in typical British aristocratic swagger, Lee isn't too bothered that his scientific discovery of the century might be behind the deaths of a baggage man and a theif; they're only common riff-raff, innit? Set in the early twentieth century, Horror Express has the air of Hammer and Amicus about it which instantly has me attached to it like an intravenous drip. 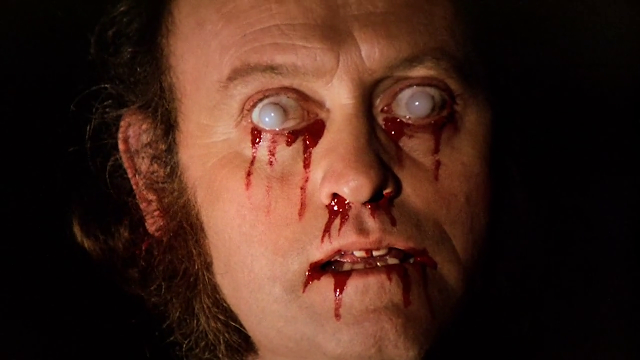 The casting choices are phenomenally good, and it goes without saying that having both Christopher Lee and Peter Cushing; for me - the illest acting combo of all time, automatically give the film a sense of prestige, regardless of how ridiculous events might get. Really ought to take a brief detour here and add that The Cush was in a raw state since his wife had recently passed away at the time. This in turn made him want to pull out of the film which had already begun shooting a week earlier. Lee being a true friend managed to persuade him to stay on and give him a necessary positive distraction during his time of grief. The result is some of the best on-screen chemistry exhibited between the pair of legendary actors and one of those rare times where they're working together as a team as opposed to being bitter enemies The rest of the cast aren't slouches either, as they're a recognisable bunch of Euro genre veterans littered throughout the film; including Helga Liné, George Rigaud, Julio Peña and Silvia Tortosa as the flirty Polish countess trying it on with Lee (get in there!). Big fan of Alberto de Mendoza as the Rasputin-style mad monk, Father Pujardov. If that's not enough then the icing on the cake is undoubtedly Telly Savalas memorably ab-libbing his way as Captain Kazan, a maniacal cossack leader introduced in the film's third act.

What's amazing about Horror Express is how it escalates into such a grand scale of spectacle. It's a gothic adventure which features: a creature that drains brains, slasher style set-ups; Quatermass worthy  science fiction; and a psionically controlled army of zombies. All of this and the fate of the entire human race being fought on an old fashioned steam train hurtling through the Russian frozen wastes. Bizarrely, the with all those factors, the films doesn't go off the rails like one would presume. It works, because the film is delivered with such earnest passion from the cast and crew, that it's too enthralling to remain completely cynical. It also helps that both Cushing and Lee are such veritable masters in their craft at churning the most outlandish and fantastical scenarios, including schlocky dialogue, into convincing realisim; making it all the more a rollicking adventure. They're also in charge of the levity quota; when a policeman accuses that either Lee and Cushing could be the deadly creature, The Cush responds with the best line in the film, "Murder? We're British, you know!". Cut! Print! Classic! 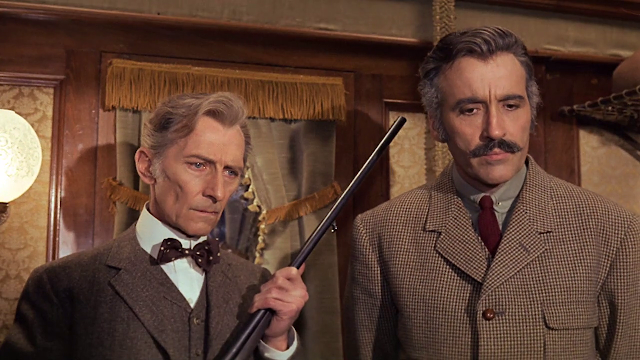 Mark this one up as one of those long lost gems wallowing in public domain hell that rarely gets the props it deserves. Way too good to be some best kept secret by aging horror film boomers; and way too ancient to be appreciated by youngsters with the inability to watch any film over a few years old. A real shame then.

In the same year, Eugenio Martin helmed Pancho Villa (1972) with Telly Savalas playing the titular Mexican revolutionary. Other than using the same model train set featured in Horror Express, the film doesn't interest me in the slightest; what does though, is another Brit abroad themed Spanish horror helmed by Martin in the following year, A Candle For the Devil (1973). That film starred cult British actress Judy Geeson; in what I personally consider, a very prolific career streak at the time. A Candle For the Devil takes the template of Horror Express' Father Pujardov and his religious fanaticism into very engrossing type chiller.

Mind blown that John Cacavas, the film's soundtrack composer, was an American and not a Spanish bloke like I originally thought. Other than composing that highly catchy eerie whistle motif which played a big part in the film (and subsequently made it onto my Bork Funk Soundtracks list), he was also a friend of Telly Savalas. Mind blown even further that he produced Savalas' debut album, This is Telly Savalas... kicking off his crooner singing phase. Considering we've had a Peter Cushing rave song and a ninety-something Christopher Lee pumping out metal music, I'm not too fussed over actors' musical careers; unless it's J Lo and her beat jackin' of The Beatnuts - she can burn for that travesty. Not masochistic enough to bother checking Telly's music out, but I do find it freaking hilarious that the album cover is a mugshot of him in his cossack uniform from Horror Express while brandishing a gun and a cigarillo, especially since my lasting memory of him in the film is his horrific demise.

Embarrassed to say I've never heard of this, but it sounds/looks amazing.

It's all good, there's a nice quality version of it up on YouTube.

If you like Horror Express, Talking Pictures has Eugenio Martin's follow-up film, A Candle for the Devil up on their catch-up service.

Talking Pictures is true national treasure status at this point.

Yeah, they never disappoint. It has The Mutatations on this Friday night and I've always wanted to see it.

Hopefully, it's good. Donanld Pleasence as a mad scientiest and Tom Baker in all that prosthetic make-up sounds like a quality time.

Just finished watching a quality rip of Krush Groove on YouTube. Ain't seen it in over thirty years. Rick Rubin missed his calling as a comedic actor.

Thr only things I can remember about that are LL's audition and the Run-D.M.C and Fat Boys live scenes.

All I originally remembered from the film was Kool Rock Ski baking a cake for his school packed lunch.