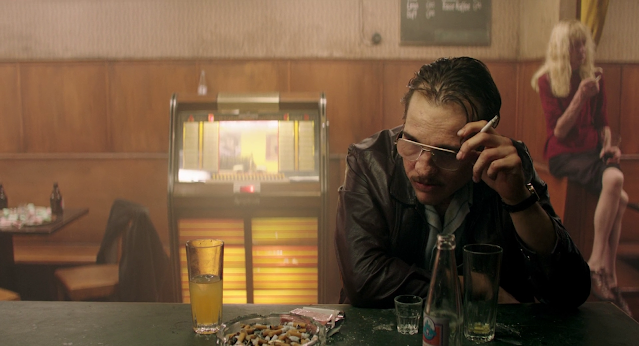 Which is worse; 2022's continuous cinematic dreck, or all the wretched S.O.V vintage titles I watched in September? The all important question which had this humble blogger's brain short-circuiting like Landru in Star Trek.

Fatih Akin's The Golden Glove was my favourite discovery this month. An excellent film that I would have imported already if the pound hadn't flatlined.

More recent films that didn't go out of their way to annoy me and just tell a good story were Jean Luc Herbulot's Saloum which I posted about, and Joseph Kosinski's Top Gun: Maverick turned out half decent; with those great aerial combat scenes.

Had taken forever, but I finally completed my 101 G.O.A.T British Films List this month. 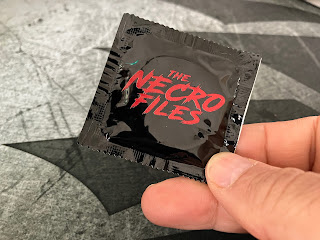 That condom should come with an MGP emoticon. The Thirst looks/sounds right up my Ramsay Street.

Glad you enjoyed Slade In Flame and the Romper Stomper series. Did you like The Shout?

The BBC just about redeemed itself with those shows after a fortnight of becoming Mournhub.

Thought The Shout was just decent, but it's kind of grown on me since I've had time to process it all. Alan Bates is really good in it, and it's fun seeing him completely take over John Hurt and Susan Hampshire's lives. The bloke who plays the vicar is a hilariously bad actor in it.

What did you think of Wyrmwood? Watched its sequel earlier this year and I thought it was a waste of a great premise, tbh.

I need to rewatch The Shout again meself. Saw it years and years ago on telly long before I'd ever heard of Deep End.

And R.I.P Mrs McCluskey 4 real. I binged a bunch of old Grange Hill episodes on Britbox during lockdown 3.0 and they hold up well.

Myjah looked a bit like Mrs. McClusky; especially with that curly barnet.

Used to think secondary school would be hell, because of Grange Hill. Gripper Stebson had to be one of the most notorious school bullies ever created.

I remember her mate, Georgina a lot more. After googling them both, they were in a gang called The Terrahawks, apparently. ☺︎

Also, did you know the actress who played Heather Chandler died of a brain tumor back in the day?

Definitive 80s mean girl, for sure.

Those are really tough matches. Aren’t they all being decided via votes on Twitter, though?

If only Elon bought it and burnt it all to the ground.

Was a bit gutted House of Mortal Sin was on Talking Pictures the other night, but I missed it.

Any good? The only thing I know about that flick is that Stephanie Beachham is in it.

Pete Walker film about a murderous priest. Not seen it ages, but I remember it being very good though.

Will add it to my Talking Pictures catch-up list.

Just checked and it's on their site. Will do the same, been meaning to revisit that film for some time.