Recency Bias and the Love for Mediocrity

Not to be a doomer, but we really are living in dour times when a mediocre film like Prey amasses an overwhelmingly positive buzz, with insincere hyperbolic statements like "the best Predator movie since the original" from today's so-called "critics". Let's be honest here, it's better than Shane Black's awful The Predator (2018), but it's nowhere near as good as Predator 2 (1991), or possibly even the lacklustre Predators (2010). Sure, all art is subjective and movies are no different, but objectivity also plays heavily into a film's overall assesment too. This seems to be forgotten these days. Once a critic intentionally overlooks a film's noticable faults, then they cease to be a credible commodity from earning any discerning film enthusiast's trust.

I don't completely hate Prey, but neither do I love it, either. It's simply a mediocre film. I'll give it props for its beautiful cinematography and a dog sidekick that is badass like Max Rockatansky's four-legged friend, but there are too many issues which hinder it. **SPOILERS AHEAD** Without divulging into an actual dedicated review, much of my grievances stemmed from: the historical setting felt largely redundant, thanks to a bunch of young actors with an acting range on a par with a typical CW teen show - Californian accents and awful dialogue, like "I'm smarter than a beaver", did no favours at all. There's the terrible writing where we're made to believe in magical flowers which turn your blood cold, thus conveniently making you invisible to the Predator. Speaking of which, I was convinced this latest extraterrestial big game hunter might have had learning difficulties, since it got fucked up by a snake, wolf, bear, French fur-trappers, Commanches, and a hilarious final fight with its protagonist (who suddenly possesses ninja-like reflexes and acrobatic skills) before it accidentally and comedically kills itself. It bizarrely didn't understand its own tech. **END SPOILERS** The best Predator movie since the original, innit?

Prey is just the latest example of the new buzz. The true underlying factor here is that it's a shiny new film which ticks all the relevant boxes to appease a maliable demographic weened on utter shite. That's enough to spread the usual hype-nosis from the media and generate the usual clickbait articles. Regardless of the film's overall quality, today's movie-goer is expected to not only watch it out of FOMO, but to also applaud it like clapping circus seals. Today's tentpole attractions tend to age like milk; anything that is remotely more than a few year's old is largely irrelevant in today's public consciousness. And if you do go against the grain in this current climate, then woe betide you. 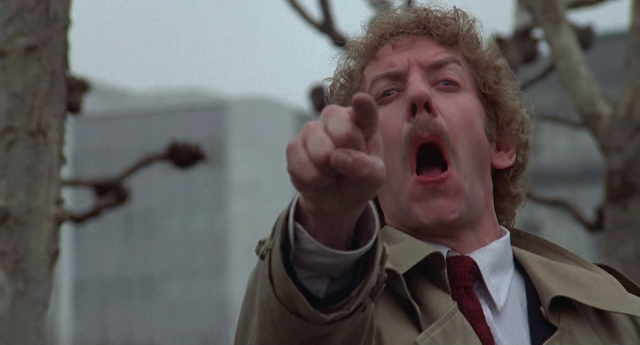